Avanos is a famous handicrafts town where for ages men have made pottery and women carpets. It is situated amid the wonderful landscape of Cappadocia in Central Turkey along the banks of the Kızılırmak, the Red River, the longest river of  Turkey

As a result of the beautiful clay the river continues to deposit here over the ages, Avanos has come to be known as a center for traditional ceramics artisanship since Hittite times, 2000-1500 BC.

Up until 1980, this craft was passed from father to son, since only men worked in pottery. However, in the 1970’s, Galip started to teach women the art form and, in combination with his contacts with people from different parts of Turkey and the rest of the world, you can now find more and more studios where men and women work together and where people from all over the world come to learn.

As a result of growing and renewed enthusiasm for the artform, an international symposium was organized roughly fifteen years ago and convenes on an annual basis.

Aside from clay, the location of a studio and its kiln are equally important ingredients to achieving high quality ceramic pieces.  An ideal studio in this region is a semi-cave where the temperature remains stable, not too hot in the summer, nor too cold in winter. A constant temperature allows ceramic pieces to dry slowly and unfiormly, thereby avoiding defects such as cracks and breakage.

Traditional wood-fired kilns are fashioned from the region’s soft tufostone which is easy to cut and is highly insulating, rendering it ideal for kilns that fire between 950 and 1200 C

Avanos is also known as an important carpet centre in Turkey. As men traditionally learned pottery from their fathers, carpetweaving was passed from mother to daughter.  Although weaving has ebbed in the last thirty years, many of the older homes in the region still maintain a designated area for the family loom.

Avanos carpets are readily recognisable for their specific colors and symbols

Avanos is comprised of old and a newer section. The older part is situated up against the hillside, rimmed by the gardens of local farmers. Vistors are welcome to wander up the narrow streets and admire the ancient semi-cave homes, many of which are adorned with sculpted and decorated façades. 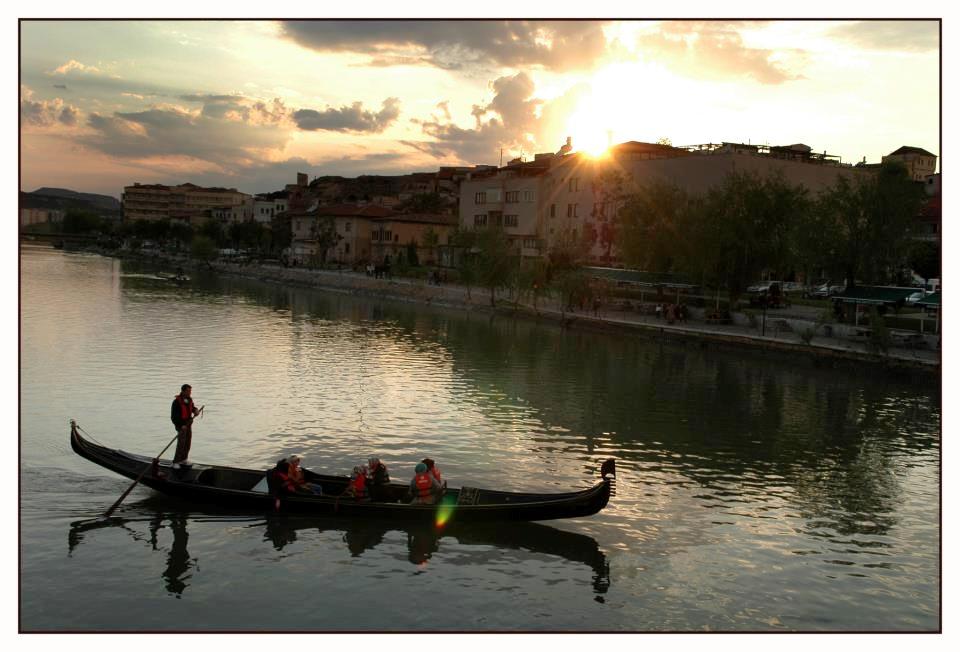 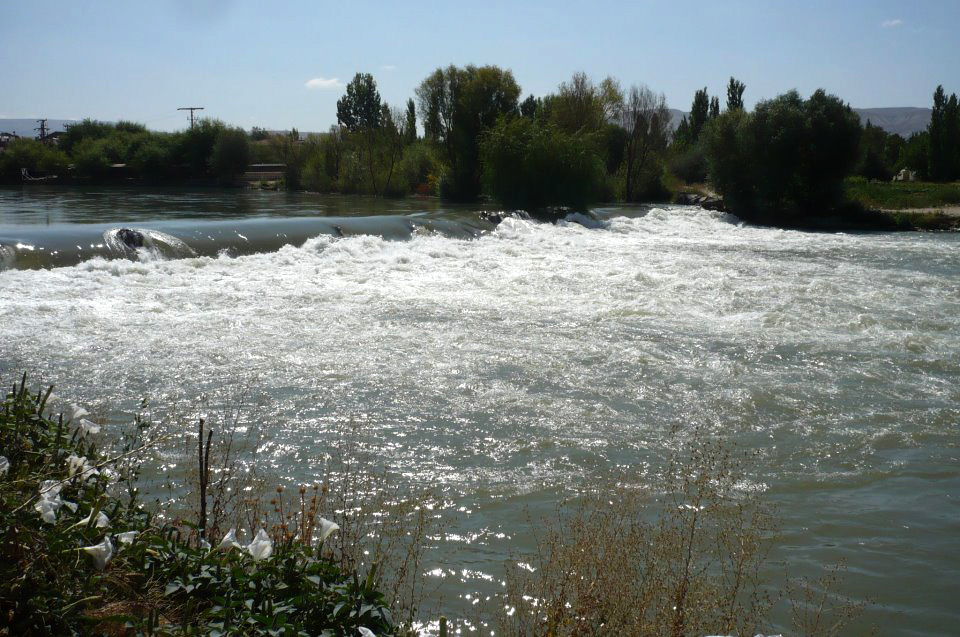